Derya Yıldız’s text was among the four selected proposals submitted for m-est.org‘s open call for young art writers and artists who express themselves in the text form. With this open call, we wanted to expand our discussions through commissioning texts on art and to develop our relationship with young art writers for future collaborations. The subject of the open call was a straightforward yet complicated and urgent one: How do visual arts transform the daily life? We asked this question to writers who were born after November 9, 1989, the fall of the Berlin Wall.

Derya Yıldız
In the early 1970s, artist Gordon Matta-Clark learned that the City of New York was auctioning off small slivers of lands—unusable residual spaces with undefined geometrical shapes, left over from the city grid’s parceling. Interested in the possibility of mutating estates, Matta-Clark purchased fifteen of them, for $25–$75 a plot. He photographed and wrote about them, collected maps, and all other related bureaucratic documents. These collections eventually constituted Fake Estates (1973) and turned those tiny terrains into an inquiry of what could be done with a parcel of land if one can’t build a building on it. This artistic gesture of turning untenable spaces into ownable ones paved the way for Matta-Clark’s concept of “anarchitecture”, an interest in voids and left-over spaces, informing his wider practice.

This re-evaluation of a site as a site when it doesn’t host a building, indicates a habitual perception about architecture itself. Because of an ancient instinct of taming the untameable and constructing the unconstructable, the purpose of architecture has gone beyond the need for shelter: Architecture has revealed itself as a gesture of dealing with mortality by creating what is seemingly immortal. Due to this desire of touching everyday life through a palpable, functional, and preferably monumental outcome, architecture has been often associated with a compilation of walls, roofs, columns, beams, rooms, and floors. However, its umbilical cord with time and space coupled with its nature of everlasting becoming turns it into a place-making process that has to refer to neither a building nor the act of building. Matta-Clark sought to explore an architecture within that perspective and explored the potential of invented spaces instead of designed ones, even if they don’t have the ideal conditions to welcome interactions or encounters due to their size, shape, and/or accessibility.

About thirty years after Fake Estates, Los Angeles-based artist Fritz Haeg furthers Matta-Clark’s inquiry by mutating prescribed urban spaces into long-term collaborative projects that feature various actors, phases, and formal expressions. In his projects, Edible Estates and Animal Estates in particular, Haeg, who calls himself an artist, gardener, educator, and architect, questions what place-making process might possibly refer to: How do people position themselves among architectural artefacts? How do they occupy space to create an engaged community? Taking his cue from these questions, Haeg proposes that buildings and the landscape that exists in-between them, such as front lawns, are equally important components of a “holistic continuum of human constructions,” which refers to the current built environment as a remnant of previous structures and a foundation of future ones, be it buildings, gardens, libraries, websites, photographs, documentary videos, performances, and workshops.

Haeg’s Edible Estates (2005–ongoing) starts with a simple question: How could individuals publicly grow food on their property? The project departed from front lawns of suburban houses (in Salina, Kansas to be specific), which are publicly visible and privately underused spaces that resemble empty vitrines without a purpose, defining the boundaries between residential lots and streets. Haeg’s proposal was to replace plain, unused, grass covered front lawns with an edible landscape, which would eventually enable interactions between house owners and their neighborhood. Within the last eleven years, Haeg expanded this seemingly simple gesture to sixteen cities, including London, Tel Aviv, Aarhus, and Istanbul, tailoring each garden to its location, host residents, and local art institutions.

The Istanbul edition of Edible Estates was hosted by SALT Beyoğlu—temporarily closed as of now—in 2011. I remember finding the garden by chance when I was visiting an exhibition in the 4-floor building that is located on one of the most crowded streets in Istanbul. Frankly, I didn’t feel comfortable when I walked in, as I didn’t expect to see an edible garden on the top floor of an art institution. Yet I believe that was the point. With Haeg’s initiative, a greenhouse was constructed with found materials and turned into an invitation—an extension of the street for participants/viewers. The soil was brought from northern Turkey and anyone who wanted to take part in the project planted seeds and took care of them. The garden, somehow isolated from the busy, commercial street, offered a temporary platform for people to gather around a modest collective production in an excessively consumer-oriented neighborhood. The project was realized only two years before the Gezi Park protests against aggressive urban development plans that threatened one of the most centrally located green areas of Istanbul. In the context of these protests, gardening has become a rather symbolic act at Gezi Park where a group of people cultivated a community garden, which further challenged the way I look at examples of occupying space by producing edible plants.

Haeg’s next project titled Animal Estates (2008–ongoing) is also an extension of artistic investigation about repurposing the cityscape. First commissioned for the Whitney Biennial in New York City, Animal Estates encourages people to build shelters in city centers for endemic animals that used to be residents of the urban fabric, then displaced and exiled by their human neighbors. Haeg refers to the shelters as “animal architecture,” which are produced based on the data gathered by wildlife experts, including zoologists, ethologists (who study of animal behavior), and animal specialists. Each iteration of the project creates another road map that indicates animals’ preferences of dwelling, whether it is a dark and quiet corner or a sunny public platform. A beaver in New York seeks for an island lodge slightly above the water level with two entrances, while a house sparrow in England enjoys multiple nests close to each other, under an eave with a small hole to prevent bigger birds to enter and a green frog in the Netherlands looks for a little, calm pond to hide amongst water plants.

Compared to Edible Estates, Animal Estates explores a similar holistic approach of finding a way to survive in an environment of diversity, as both projects consider cities as production sites to be mapped and reactivated beyond their functions of dwelling. While dealing with isolated lawns of single residential units in isolated suburban neighborhoods is crucial in the former project, the latter focuses on the city center where car parks, rooftops, skyscrapers, and bridges have the underused potential of creating shelter for animals that are displaced by humans. For me, it’s depressingly impossible to think about local wildlife animals in Istanbul, while there are many stray dogs and cats living on the streets, perhaps much more than the places I mentioned above. The effort for a  cohabitation with these animals, however, appears to be a common understanding here, as many city dwellers create cat houses out of simple materials and keep them under stairways or in parks, which resonates as shared information. I wonder what would happen if this type of dispersed knowledge met with organized knowledge coming from an investigation of animals’ unique patterns of place-making, socializing, and interacting with trees, light, weather, and people. How could such a specialized knowledge be dispersed? 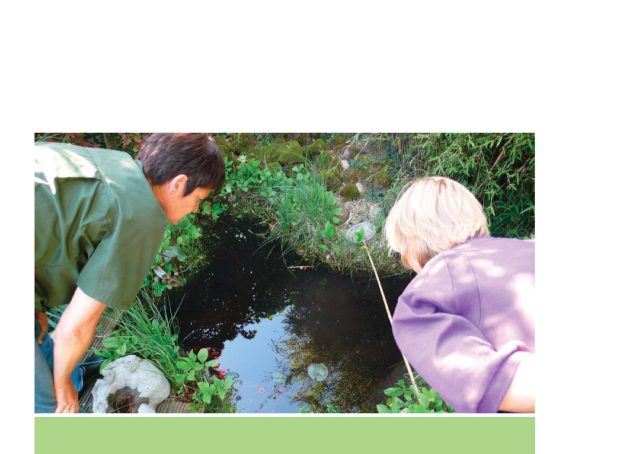 Derya Yıldız (b. 1990) lives and works in Istanbul. She completed her BARCH degree in Architecture at Istanbul Bilgi University, and her MA degree in Visual Arts and Visual Communication Design at Sabancı University, Istanbul.